IoT can help manufacturing, but does it make you less secure?

When companies began to embrace the idea and the tech behind the Internet of Things (IoT), one area that stood to benefit the most was, and is, the world of manufacturing. Anyplace that relies on efficient operations to keep things flowing, and does so using a litany of systems, lends itself well to the burgeoning world of IoT. Imagine if all of your numerous systems are becoming much more easy to network and thus control online-it would be a godsend in most cases.

But, what if I told you that all of these newly connected and integrated devices were now putting your company’s network at risk? Sound extreme? Perhaps, but in the world of information security,that’s how we have to move forward. We assume and expect the worst, and plan accordingly.

So what if you just integrated a slew of embedded devices within your warehouse in an effort to make your manufacturing process more automated, controlled and efficient? Do you rip them out?

No, in most cases you would not even dare do that, especially considering just how expensive some of those systems are. So what can you do to ensure that your IoT implementation does not come back to haunt you?

The IoT is an exciting area of growth to watch for as organizations upgrade from old gear to new, or by augmenting existing gear with new IoT capable devices. But, with great power comes great responsibilities (hint, we just spelled out three). You’ve been given the great powers of IoT, but you are responsible for locking them down and not creating more security holes than is needed. Ensuring these newer devices are on net and secure is of the utmost importance. 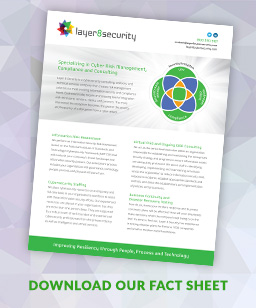